Global crewing specialist Showforce assisted event producer Five Currents with the delivery of Expo 2020’s Opening Ceremony when it was held at Al Wasl Plaza on 30th September with 3000 people in attendance. The spectacular show was live streamed to millions all around the world and featured stunning performances from Emirati and global artists alike alongside speeches from dignitaries including His Highness Sheikh Mohammed Bin Rashid Al Maktoum, Vice-President and Prime Minister of UAE and Ruler of Dubai.

The Showforce team included more than 150 stage and production crew, 11 crew chiefs and two crew managers who were onsite from mid-August to early October. They were involved in many aspects of the live show from assisting with staging, rigging, costumes and props to pre-setting and changeovers for key elements of major scenes. Showforce’s experienced crew managers were the conduit between Five Currents’ onsite technical team and its own back office team to deliver a seamless service.

Work began with crew supporting Five Currents’ operations team with the set-up of offices and rehearsal spaces to ensure that everything was in place ready for cast and operational briefings ahead of rehearsals.

The Showforce team included more than 150 stage and production crew, 11 crew chiefs and two crew managers who were onsite from mid-August to early October. They were involved in many aspects of the live show from assisting with staging, rigging, costumes and props to pre-setting and changeovers for key elements of major scenes. Showforce’s experienced crew managers were the conduit between Five Currents’ onsite technical team and its own back office team to deliver a seamless service.

Work began with crew supporting Five Currents’ operations team with the set-up of offices and rehearsal spaces to ensure that everything was in place ready for cast and operational briefings ahead of rehearsals.

A team of stage crew was on call to Five Currents’ technical team and allocated numerous tasks throughout. Essentially a hit team, they responded to last minute requests and work across many different departments as and when they were needed. A key element of this work was supporting the head of lighting with the team working closely with lighting supplier Agora. Working to a technical drawing, the crew fitted colour gels to the lighting boxes covers, this was precise work as the placement had to be perfect. They were also responsible for their removal and load out once the show was over.

Showforce was able to able to tackle even the most technically challenging tasks, devising and perfecting efficient ways to ensure the show ran smoothly. The main stage had a basement and lift incorporated within it that was used multiple times during the show to assist with stage changeovers that the crew were responsible for. For instance, the opening Dune sequence had to bebroken into several parts once the lift returned to the basement with each element placed in is designated spot in readiness for the next part of the show. As it was the opening speech this was a lectern and mic which had to be placed in the correct spot with all cables connected before sending the lift back up to the show floor. This was followed by the planet rise where there were just two minutes 30 seconds to remove everything ahead of its release. The Showforce crew perfected this technique throughout the rehearsal process. 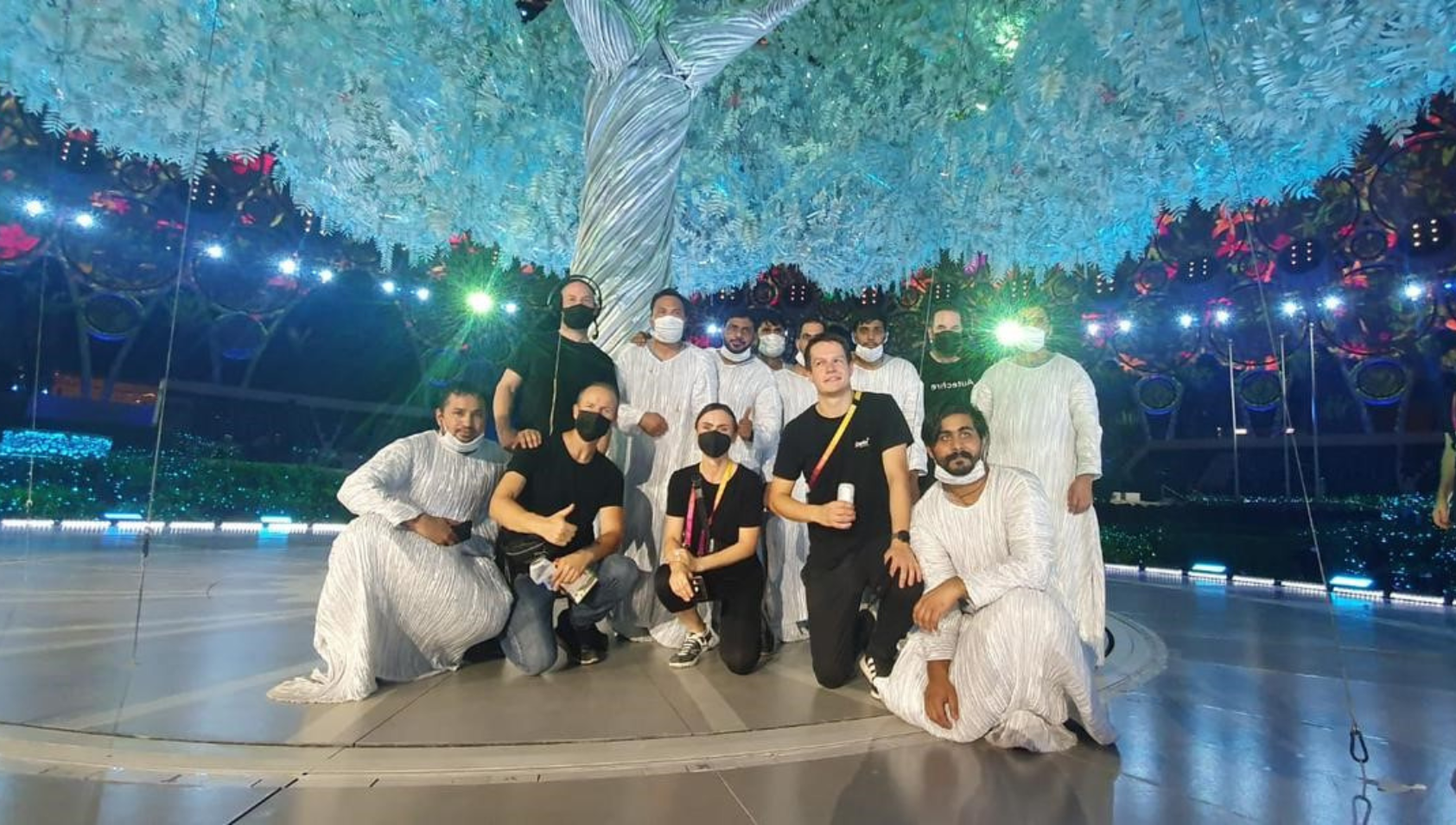 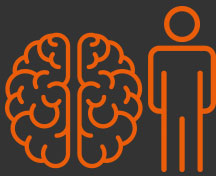 Working closely with the crew assigned to the main stage, there was a specialist team responsible for connecting anddisconnecting the rigging points on the planet before it was lifted into position during the show. An additional team of crewworked as spotters for scenic lift at another stage area, where a scissor lift was dressed and used to carry the main character in theshow and dancers. This was driven into position and then raised five meters during the relevant scene.

A dedicated team was assigned to support the numerous costumes and necessary changes you would expect in a show of thisscale. During the rehearsal phase the crew prepared the rehearsal areas and ensured that all green rooms and quick-change roomswere always ready.

The Showforce crew working alongside the prop department had to build all the props for the different scenes. During the showthey had to pre-set all the props into position for every element of the show, this involved working in tandem with the cast anddancers.

There were several specific elements of the show where the crew were integral to the delivery of the performance. Theseincluded the underwater segment, when it transitioned to scenes with the clouds and flowers who joined the stage and thenemergence of the tree for the final scene.

For the underwater scene there were four sway pole stages within the dome, crew worked closely with each of the dancersinvolved to set and remove their sway poles ensuring that they could successfully climb them and lock themselves into theharness before the performance began. This had to be timed to perfection with no margin for error. As this section ended ittransitioned into Ellie Goulding’s performance and she was joined on stage by spectacular floating clouds. Showforce’s crew wassplit into eight teams of four for each cloud and then harnessed to the huge inflatable structures. Filled with helium the crew weretethered to them with rope and walked around the site in convoy to arrive at the correct show pre-set position. The crew were alldressed in costume for this scene and there were several different moves where the crew had to connect and disconnect setcarabiners that were colour coded at certain calls assigned to the colour they were wearing. Each cloud had a set route that theyrehearsed and feedback from the creative show caller team was fantastic with the crew hitting their cues every time during therehearsals and the show.

For the flower section, there were 18 pieces in total that the crew had to pre-set prior to making the show moves. Most of theflowers were pushed into the show by cast members, however the four 2m wide mechanical flower buds that opened out werepositioned by Showforce crew.

For the final scene where the tree emerged from the stage, Showforce’s worked with the creative team to build it in six parts forefficient deployment. Each part required four or five crew to walk them around the venue’s perimeter which was 2km in distance.The Showforce crew in the basement would have everything in position for ready for the parts arriving. Once built, a crewmanager and 12 crew were in costume and had to walk the tree’s cluster over the seated audience and up onto the stage. At thispoint the crew clipped the first wire connections to the top of the external stage floor and then sent the secondary wires down tothe basement crew to clip to the lower floor so it would be ready to raise with the trunk.

As you would expect with a project of this scale, Showforce’s experienced back office team was integral to its overall success. Thecompany prides itself on its compliance to UAE labour laws and worker welfare.

A dedicated office-based project manager liaised directly with the client throughout handling scheduling, accreditation and dealingwith last minute changes. The accreditation process alone was extensive and encompassed insurance, work permits, Emirates IDand vaccination proof. They were supported by the recruitment and booking teams who were able to source the numbersrequired from our freelance talent pool in the UAE. This was a logistical challenge that certainly wasn’t made easier with theexistence of COVID. COVID was a key factor throughout the project, with safe working a priority. Crew were PCR tested everythree days, placed into bubbles to ensure continuity, worked socially distanced wherever possible and wore masks when workingin close proximity. All staff working on the ceremony had to have tested negative within 72 hours so the logistics of managing thisfor almost 200 people definitely added another layer of difficulty to the project.